England isn’t a country many wine connoisseurs think of when it comes to producing ravishing reds and award-winning whites. Most think of beer when it comes to England, but the country has become one of the premier wine producers in recent years.

The vineyards of England not only provide tours of the beautiful wine facilities and fields, but they offer a range of dining options too. With a wine history and climate that produces a different end product than other regions of Europe, visitors can truly learn about the intricacies of English wine production. 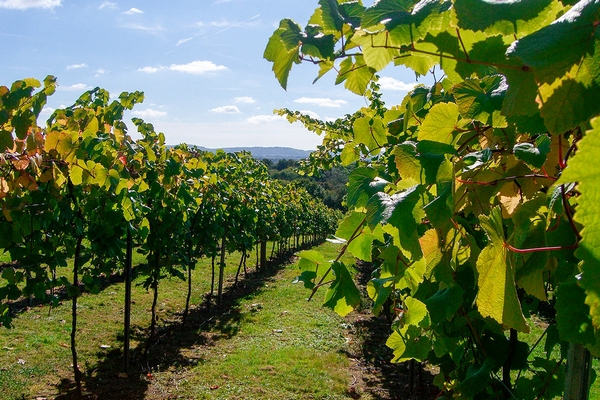 Located in West Sussex, visitors to the Bolney Wine Estate can explore the winery’s grounds and walk amongst the vineyards. The vineyard was established nearly half a century ago, and visitors walking the estate can see the history around every corner. Not only can wine lovers see the history of the Bolney Wine estate, but they can taste it too. Following the tour, visitors can sample the robust and sparkling wines they learned about just minutes before. They can also sit down to drink their wine alongside a well prepared, and paired, lunch. The Chapel Down Winery is situated in Kent, and for years has been using the produce of the region’s farms to craft delicately made wines, beers and ciders. Wine lovers will learn all about the winery’s grape growing and wine production; and visitors can follow the path from field to bottle during their tour. The nearby Swan restaurant will be the final stop on the Chapel Down Winery tour as diners will sit down to a three-course meal with champagne and wine. Camel Valley has been producing wine for nearly three decades. In that time, it has become one of the best places to visit in Cornwall for a tasty still or sparkling wine. Not only has Camel Valley become a hot tourist spot, but the winery has won a number of awards from all over the globe. The winey hosts daily tours, giving visitors a chance to find out more about sparkling British wine. Wednesdays are typically the best days to visit, as Camel Valley offers an extended tour and wine tasting session. For those wanting to take an extended trip to the area, the winery rents out cottages located on its grounds. The family-run Kerry Vale Vineyard is located in Shropshire amongst a beautiful slice of English rural land. A tour to the vineyard will give visitors the chance to learn about the variety of great British wines being made at Kerry Vale. The vineyard has only been around since 2010, but has already grown over 6,000 vines. During a tour of the winery, visitors will be able to taste four exquisite English wines. Travellers can test their newly acquired wine knowledge as they sip the four wines during the tasting. To cap off the tour, visitors will get a glass of fine wine to sip before ending their trip to Kerry Vale. This West Sussex winery is located on a medieval estate, making it a picturesque wine growing site. The winery was founded in 1988, and every year since its birth, has continued to grow. Nyetimber started with just 35 vines, but now has more than 500 on the estate. Nyetimber’s focus is on the holy trinity of grapes: chardonnay, pinot meunier and pinot noir. The three-grape variety has helped Nyetimber win a number of national and international awards.